The winner of the vote, which was opened to the public on March 6 on the milanocortina2026.org website, is named Logo Futura. It captured 871,000 votes from 169 countries, and 74% of the overall vote, so was a resounding win.

This marks the first time that an Olympics logo has been decided by the public. Given the amount of feverish interest that Olympics logos tend to generate, it sort of makes sense to open the final decision to a public judgement, though it’s hard not to feel somewhat underwhelmed by the two choices on offer.

Logo Futura is “influenced by the themes of sport, solidarity and sustainability”, according to the IOC’s Milano Cortina 2026 coordination commission chair, Sari Essayah. “Futura illustrates a dynamic and modern design that reflects the fundamental values of its Olympic and the Paralympic Winter Games,” she continues.

The logo is used in two different colourways – silver and mix of red, blue and green – to represent the Olympics and Paralympics Games respectively. The logo itself is created in one gesture, as the film below demonstrates. This does give it a sense of movement, though arguably also makes the numbers less legible.

The emphasis on sustainability echoes the idea behind the Paris 2024 logo, created by Royalties Eco-Branding. According to CR’s interview with the designers, the Paris logo is deliberately designed to have a lower environmental impact in terms of its appearance in print and digital, and it was this aspect that particularly appealed to the Olympics committee.

With both the Paris and the recently released LA 2028 logos causing much debate and discussion on social media, we await how the Milano and Cortina 2026 logo will be received by the wider public. But at a time when countries around the world have felt battered and isolated by the global pandemic, the Milano Cortina 2026 team’s overriding message of togetherness is one that will likely resonate with many.

“Milano Cortina 2026’s strategy for a people-centric Games builds on the belief that we are stronger together – evident in its engagement of the wider public in this decision-making process,” continues Essayah. “Its determination to make Italy fall in love with the Games and the world to fall in love with Italy has been evident throughout this global initiative. We’re certain this affection will continue to grow over the next five years, inspired by this unique emblem design.” 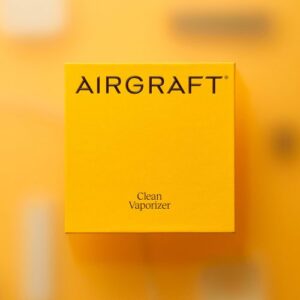